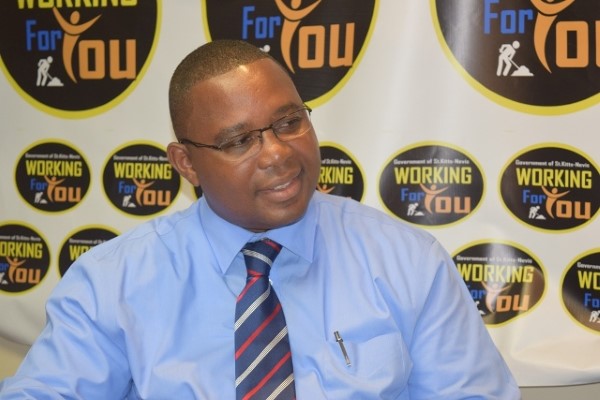 Basseterre, St. Kitts, April 14, 2016 (SKNIS): Customer Service in the workplace is described as vital to the success of business. Edward Gift, Comptroller of the St. Kitts and Nevis Inland Revenue Department, said that to date the staff of the department has performed professionally.

“Yes, we understand that the public sector may have some sort of image with regards to customer service but we at the Inland Revenue Department, my team and I, we do not see ourselves doing that,” said Gift during his appearance on “Working for You” on Wednesday, April 13. “That is, we see ourselves as a professional modern organization. We have a plan of molding ourselves into a world class tax administration.”

The comptroller said that the department is aimed at improving the standards of services that it provides, in a very strategic manner.

“One of the first things we set out to do is try to understand what the customers’ needs are,” he said, while adding that the department is currently in the process of conducting focus groups, studies with customers, and meetings with stakeholders that the department serves. “We have also started from a human resource perspective within the organization to ensure that we have documented all of our procedures. “We want to make sure that we move to publicizing those so that the public would understand that to have a transaction completed this is the time period in terms of getting it done.”

Gift stated that the department obtained assistance in carrying out certain tasks.

“We have received some international support in terms of getting that work done from the International Finance Corporation (IFC) based in Trinidad which is an agency of the World Bank,” said the comptroller. “Similarly, from an employee perspective we have sought to strategically ensure that all the employees have a clear job description based upon certain key performance indicators so the employees themselves understand the responsibilities of the job.”

Mr. Gift revealed that the department is in the process of launching a customer service charter that would be provided to customers. He said that this would hopefully be launched shortly as they want to ensure that the public understands that the Inland Revenue Department is one that is keen on serving the public and making sure that customers are satisfied.

This press release has been posted in its entirety as received from the St. Kitts & Nevis Observer.